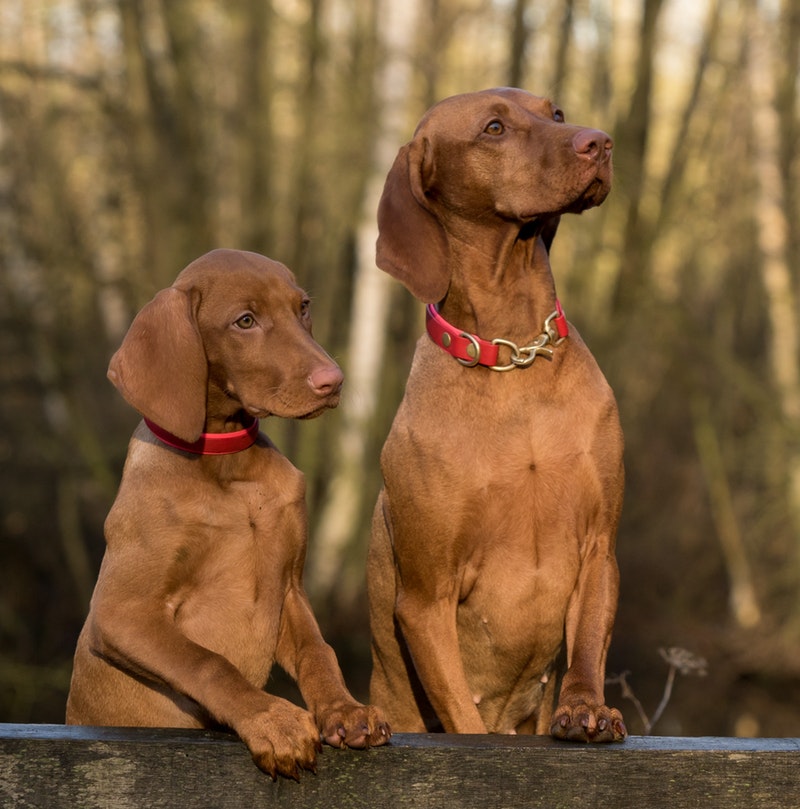 For several years, I have wanted to learn more about IBM Cloud. Last week, I was at a Google Presentation (I was one of the speakers) on Google Cloud Run, and IBM Cloud Kubernetes was demonstrated. That caught me unprepared. Today, I decided to do something about that and learn Kubernetes on IBM Cloud. I plan to record my technical journey on getting started with IBM Cloud. Like most things I tackle, I allocate about two hours, three or more days per week for either seven or thirty days. Work often gets in the way of that schedule but I try to stay on track and focussed.

Part 2: My thoughts on IBM Cloud

I am writing this after spending a solid week studying IBM Cloud and having completed five IBM training courses.

IBM Cloud is clearly targeting the enterprise. They have some very interesting services such as IBM Watson. They have a much heavier focus on enterprise connectivity than even AWS. The Red Hat acquisition makes them a major player. IBM’s focus on Kubernetes and serverless is very good.

In my opinion, the cloud race has just begun and the top players, AWS, Azure, Google, IBM, and Alibaba, will continue to advance hybrid and multi-cloud into ways we are just imagining today.

I plan to continue learning each IBM Cloud service. My interest is mostly Multi-Cloud interoperability – use the best services from each cloud together. Watch for some future articles on integrating Stackdriver, IBM Watson, VPN networking and IBM App ID with Google Cloud.

Signing up for IBM Cloud

Go to IBM Cloud and create an account. No credit card required. Without a credit card, you are somewhat limited, but I found how to get a reasonable amount of credit to fix that.

A quick Google search turned up this resource for training with the added benefit of $1,200 in IBM Cloud credits:

There are some very interesting courses on this site. Everything from Python programming, to AI, IBM Watson, Big Data, Hadoop and what I wanted to learn, IBM Cloud Kubernetes. I don’t know the quality of the courses yet, but I will in a few hours.

This site is very focussed on IBM Cloud and Red Hat Linux, but a lot of the courses will apply no matter what platform you use (cloud or desktop/laptop).

There are a lot of courses to select from. I chose “IBM Cloud Essentials” CL0101EN link.

Note to IBM: why did you choose such awful, long, and complicated URLs? Hint, use a URL shortener and redirects.

The first step in this course is to set up the prerequisites. The first step is the IBM Cloud CLI. That did not go so well as it immediately displayed an error, but kept going.

Note to IBM: Quality check your fundamental/critical programs. Having an installer fail on Windows is not reassuring.

Note: To install the IBM Cloud CLI manually or update in the future: link.

Command that I ran in a Powershell Administrator prompt:

As I investigated this error, I realized that the program (bx.exe) is part of the installation. This means that the installer depends on itself to install. I restarted Powershell and the second installation attempt worked without error.

Getting started with the IBM Cloud CLI

IBM’s method reminds me of Google Cloud’s method: ibmcloud login. Very easy, just enter my IBM Cloud login and password. Then I was prompted to select a region (only six are listed). I chose us-east.

The command then printed the following output (edited for security):

I chose to skip the Eclipse requirements for now. Here is the link just in case I need to come back and install them: link

I followed the directions in the course “IBM Cloud Essentials” Lab 1. I selected a Go application. This worked very well. I am impressed. However, there are two downloads in the documentation. Neither match the deployed example.

I then tried one of the downloads to do everything with the CLI. This was a problem. Nothing worked according to the step-by-step instructions in the readme.

Summary of this lab and today’s progress

The Cognitive Class AI course that I am watching is good but is out of date with the current IBM Cloud Console. We can expect this as everything is advancing quickly. However, the IBM Cloud documentation and CLI needs some quality assurance. The CLI recommends the wrong command (cf.exe) and the example page that I deployed from has the wrong source code (twice). This does not lend to real confidence when you are learning a new cloud provider. If I was a raw beginner, the problems that I ran into would have stopped me from accomplishing anything or caused endless delays and frustrations.

I added a credit card to my account and this morning I received several emails regarding my account being upgraded. IBM tries to be “hip” in their emails which is nice, but it is very clear to me that IBM is targeting corporate/enterprise customers so this type of email is strange.

The third email had a $200.00 credit and a link to apply the credit. However, when it rains it pours. The link informed me that I am not the account owner. I am the only person on the account. The error message said “Only the account owner can upgrade from a Lite account to a Premium account. If you’re ready, send an email to the account owner requesting an upgrade.” Now how do I send myself an email using the IBM Cloud Console? Nope, no link or menu entry could be found.

Note to IBM: Have one of your product manager go thru the process of creating a new account and remove all the roadblocks that just lead to customer frustration.

Note to IBM: Your email with the $200.00 credit is confusing. Your email states: “But just like the plant someone gave you as a housewarming gift, (which you promptly forgot to water because you were busy, ok?) this won’t last long. 30 days to be exact.”

Does that mean that I have 30 days to apply the credit to my account or the credit will expire in 30 days?

I decide to repeat Lab #1 today. Yesterday I created a Cloud Foundry Go application. Today I will repeat with a PHP application.

Wow, nothing in their documentation works for PHP either.

In step 2 “Run the app locally”, the documentation shows to execute this command:

That command returns this error:

That returned the error:

I then executed these commands to update composer:

However, the documentation is missing the command to actually run the sample application:

I then went on to use the CLI to deploy. Again the documentation did not work. After a bit of research, I figured out that I need to use this command first (changed for my security):

Then I ran the deployment command:

I must say, I sure do love Google Cloud Run in comparison. However, to be fair to IBM, most times, frustration is caused by a lack of knowledge. I do not know how to recognize small problems with IBM Cloud or how to fix them. That comes with focus and hard work. Experience solves these issues. I will push on and get that knowledge and experience with IBM Cloud.

Document link for Adding orgs and spaces. This is the document that helped me figure out the second command above.

Three important items that are related to my previous lab: Region, Organization, Space. When you first create an account, the region is your email address. The space is “dev”. You can select a region.

This lab is very cool and I am not aware of any other cloud vendor that has this ability: One-click deployment that sets up an entire CI/CD pipeline.

However, this lab did not work either. This lab failed in the “Deploy Stage” under the “Jobs / Deploy” section. At the bottom of the logs is this section:

HTTP Error 409 Conflict means “Conflict response status code indicates a request conflict with the current state of the server. Conflicts are most likely to occur in response to a PUT request.”

I then clicked on the “Redeploy” button. This passed. I don’t know why. Perhaps the Cloudant NoSQL database took too long to configure.

This lab did not go into making changes to GitHub and redeploying. This is a lab that I plan to learn a lot more from.

I went back to lab #1 and redeployed the Cloud Foundry Go application. I then used Google Cloud Shell and Let’s Encrypt to create an SSL certificate so that I could:

I plan to write a separate article on creating the SSL certificate. I have a very simple method that uses Google Cloud Shell to create SSL certificates for any domain that I control.

I completed the final exam for this course. The exam is easy, but pay attention to all the IBM specific product and service details.

After you complete the exam with an 80% score, you receive two items. A badge and a certificate. I completed the exam with only one wrong answer for a score of 93%.

How much do you know after completing the IBM Cloud Essentials course? Not much. The only service that I really worked with was Cloud Foundry and only at a high level. I don’t understand the details. I can deploy a service in Node.js, Go and PHP, create a custom domain name and add an SSL certificate. I can also work with a dozen or so CLI commands. This is really basic stuff, but IBM Cloud is no longer an unknown to me. I will look forward to learning about IAM, security, networking and then finally start working with IBM Kubernetes. IBM has a “Free cluster with 1 worker node to explore the capabilities.” link. This does require a credit card on file. This is a great deal for learning Kubernetes. In my case, I know Kubernetes very well but only on Google Cloud. I want to know Kubernetes on all the cloud platforms.

On the IBM Cloud Console, Kubernetes section for this cluster is the message:

Note: the setup of IBM Kubernetes appears to take a lot longer than Google. Later I will benchmark this.

IBM recommends creating a registry while waiting for the cluster: link.

The output from ibmcloud cr image-list:

Lab #1: Set up and deploy your first app

GitHub repository associated with this course. Go to Lab 1.

Summary of the commands used in this lab (plus a few extras that I should memorize):

After deploying the Hello World example and using the Public IP address returned by ibmcloud cs workers and the NodePort returned by kubectl describe service hello-world  :

Normally, I would not use NodePort to access a deployment. However, IBM Cloud does not allow you to use a Load Balancer for a free Kubernetes cluster. Once I am comfortable in IBM Cloud, I will deploy a normal pay-for-use cluster.

For comparison, I will deploy the same Hello World example in Google Cloud on my Kubernetes cluster.

What does the Kubernetes scheduler do?

What is the purpose of Kubernetes availability checks? I spent the who day on this course. Very good technical introduction to Istio. There were no lab assignments, just a lot of reading and test-taking. I completed the course and took the final exam. Apply end to end security to a cloud application course

This course is very interesting. I did not make any notes during this course, but I recommend this one. I write free articles about technology. Recently, I learned about Pexels.com which provides free images. The image in this article is courtesy of Pixabay at Pexels.

Hours
Normally 9 AM to 5 PM, but I often work very long hours on projects.

Theme by Anders Noren — Up ↑